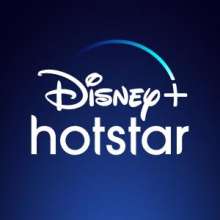 Over the years, there have been countless movies made in the memory of our Indian jawans or freedom fighters. This year as we celebrate our 72nd Republic Day, we bring to you a list of classic patriotic movies that you can watch for free on Disney+Hotstar. From Milkha Singh’s determination, Neerja Bhanot’s courage, Tanaji Malusare’s bravery, to the life of the Indian revolutionary Alluri Seetarama Raju, these movies will surely make your heart fill with patriotic fervour.

Post 26/11 Mumbai attacks, a special intelligence task force will stop at nothing to foil another such assault on the Indian soil.

The film chronicles Milkha Singh aka 'The Flying Sikh's,' incredible struggle - from being an orphan to becoming one of India's greatest athletes.

Based on the life and times of Mangal Pandey, this Indian soldier was at the helm of the Revolt of 1857 against the British.

Based on the life of freedom fighter Gour Hari Das, he struggled against his own government to recognise his work and contribution to Indian history.

Chronicling the life of Shaheed Bhagat Singh, this rebellious freedom fighter, along with Rajguru and Sukhdev, happily gave his life for the country.

Set during the Indian Emergency, a simple housewife's life changes when she ventures into an area where residents are protesting against the government.

Fearless income tax officer Amay Patnaik carries out a risky raid at the mansion of the most powerful man in Lucknow. Inspired by real-life events.

Based on the true story of India's finest scientists who rose above hardships and failures to make us the only country to reach Mars in its first attempt.

A biopic on the brave Neerja Bhanot, the head purser had sacrificed her life for the safety of her passengers when terrorists hijacked Pan Am Flight 73

As Aurangzeb captures the Kondhana fort, Tanhaji Malusare, Shivaji Maharaj’s trusted military leader and braveheart, ventures out to win it back.

Yasmin meets Kabir, a photographer on a train journey. Friendly at first, she soon realises how dangerous he could be.

Based on true events related to insurgency in Kashmir, the film is about Major Mahadevan and team of NSG commandos who are assigned to counter terrorist activities in the state.

Major Mahadevan and his team of commandos put their lives at risk to save the hostages when an Indian aircraft gets hijacked by terrorists.

The film is based on a real-life rescue mission to save the Indian nurses stranded in Tikrit, Iraq, during the country's civil war in 2014.

Major Ajay Krishna journeys to Kurnool for a covert mission. Soon he finds himself at the centre of a scam involving a corrupt MLA and a fishy suicide

A plane is hijacked by ruthless terrorists who have held the passengers hostage. Now, it is up to Major Raveendra to rescue them and capture the hijackers.

Hari and Sita fall in love with each other much against the wishes of her grandfather and brother Eshwar. What happens when Eshwar and Hari come face to face while together fighting against the Nazis on behalf of the British Indian Army forms the rest of the story.