Pacific Mall, Rajpura Road launched an Awareness Campaign “The Plastic Clean Doon Drive” on the occasion of Gandhi Jayanti. The idea was to make the city’s surroundings plastic-free and ultimately the plastic waste paid for the food cravings of participants. Being a city-wide campaign it was collaboration between Pacific Mall, Dehradun with Waste Warriors NGO to drive awareness among the city denizens. The campaign was accepting all types of domestic waste generated on daily basis in households like food packets, juice boxes, cold drinks bottles, plastic containers, polythene, and broken toys.

The aim of the campaign was to separate plastic waste from the other waste to make a Plastic Waste Free Dehradun. Through the campaign, Pacific mall has drawn the attention of people to the environment threatening plastic pollution. Research said that Dehradun produces approximately 400 metric tons of garbage every day from which a large part of it contains only plastic. 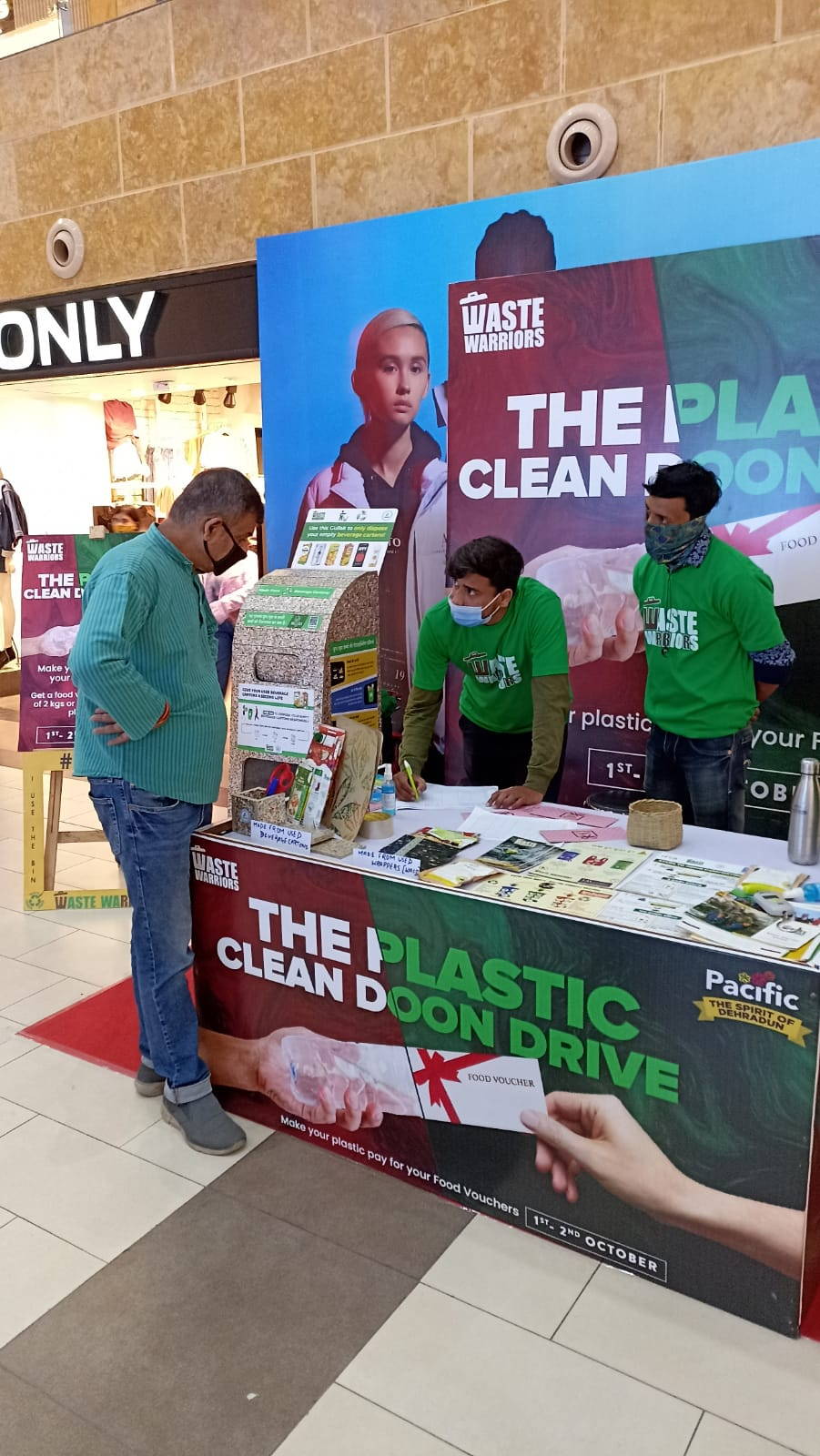 On this successful campaign Mr. Abhishek Bansal, Executive Director of the Pacific Group, said “It isn’t just the duty of our government to step forward every time and take initiative for every social issue. We as cognizant citizens have decided to contribute our bit in the process of making our nation Plastic-free.”